For the love of Tom Selleck

Before I admitted to myself that I had a real thrift-store addiction, my favorite activity was second-hand shopping. Whether it was books, records, knick-knacks, tschotskes, fancy shoes, kitschy handicrafts or general junk, I wanted it and I wanted it to be in my home to make me laugh.

Photo after photo of my previous apartment was full of dusty shelves of beret-ed dogs, Hindu statues, and Spongebob Squarepants...among other things. These things were like my own private trophies of the conquests of the thrift store hunt. 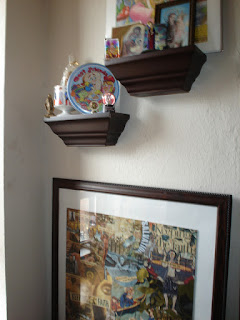 I still regret, even after four years, that I didn't purchase that framed headshot of Tom Selleck from what looked like his Magnum PI days. Just think of how it would've classed-up the bathroom. I would've gone right next to this beauty that I managed to leave on the shelf, as well. 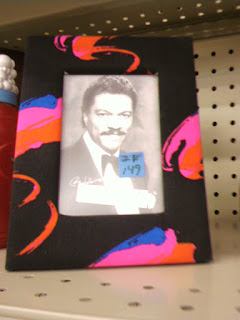 I still have to wonder if this has been taken from a Colt 45 ad.

After that, our move required even more purging of the countless oddities that seemed to chronicle my husband and I's relationship. My neighbors took some furniture and toys for their young children, and I often see them walking down the street from the Chinese restaurant where they work...and I hope that they're enjoying "my pretties" as much as I did. Our communication was definitely minimal with the language barrier, but we always wave at each other and share that common bond...of second(or third)-hand treasures.