With all of that touchy-feely bullshit about crushes: sharing them, loving them, knowing them and knowing each other, I can safely say that I was an adult before anyone knew who my biggest celebrity crush was. Even now, only Mr. Dustin and a few others know. The implications of a crush like this (one that I've had since I was a child) is different than just a girl's everyday love for Keith Partridge in 1975.

I guess if you're a lesbian, this isn't necessarily a stretch, but for me...it was always a secret crush. Secret yes, but not shameful.

I remember first seeing her on the Pee Wee's Playhouse Christmas Special. Exactly the kind of show that a weirdo like me would find a same-sex crush. She was wearing a ridiculous blue dress with snow flakes all over it and a pair of weird off-white Beatle-boots. I remember thinking, who is this person? I remember not knowing whether she was a man or woman. I remember not really caring that much, but knowing that she was really rad. Since then (and I've probably seen that Christmas special a few hundred times), it grew from a weird fascination to a bit of a lustful craze and now a silly attraction to a celebrity.

The implication of having a same-sex crush meant that I questioned my own sexuality in a very guarded and closed-door way. I asked myself over and over again if I was a lesbian. I wondered time and time again if I should be dating men or women. If I should be a Dyke on a Bike with a topless girlfriend riding behind me or should I be worried about falling into a heterosexual lifestyle and producing babies and mortgages? It was an incredibly tumultuous and fucking lonely time. No one knew and even now...I'm not sure that they really do.

After all of that searching I found...well, nothing. It's actually not a big deal. I guess I'm bisexual or whatever, but I'm married...so until Mr. Dustin murders me (just kidding!), I guess I'm Dustinsexual. When I was younger and figuring it all out I got caught up in the labels, the stigma and wondering where the fuck I fit on some imaginary polar scale where the faggots were on one end and Pat Robertson was on the other. The truth is I got over it and realized that I could have a super-crush on K.D. Lang and still have a husband. 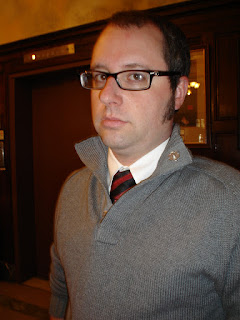 They're not all THAT different, are they?