I haven't slept in twenty-one hours.

On Thursday, a little boy came into the candle shoppe and pointed at me and said, "Lady go night-night." I'm not sure whether he just didn't want to deal with me and my obligatory ridiculously over-the-top customer service (which the company demands from me and pays me for), or if he could see in my eyes that I've not been sleeping right for the last...oh well, who can remember?


These are the things that my sleep-deprived mind is thinking about.

Tofurky. I really don't like lunchmeat and I really hate turkey lunchmeat because it gets slimy and weird about ten minutes after you get home from the grocery store. On the other hand, I really love things with any kind of a dumpling-ish texture. In fact, I love and hate a lot of food based solely upon their texture (i.e. hating mangoes, carrots and jello molds), but we marry the best qualities of both of these items and voila!
The two seasons of "Father Ted" that are going to be in my mailbox on Monday. A brief Wikipedia synopsis:
Father Ted is a situation comedy produced by Hat Trick Productions for the UK's Channel 4 and written by Arthur Mathews and Graham Linehan. It aired over three series from 21 April 1995 until 1 May 1998, including a Christmas special, for a total of 25 episodes.
The show follows the misadventures of three Roman Catholic priests who preside over a parish on Craggy Island, located off the west coast of Ireland. Father Ted Crilly, Father Dougal McGuire and Father Jack Hackett live together in Craggy Island's parochial house, along with their housekeeper Mrs Doyle, who is often wanting to serve them tea. The three priests answer to Bishop Len Brennan, who assigned them the Craggy Island parish due to different incidents in their past: Ted for alleged financial impropriety, Dougal for something only referred to as the "Blackrock Incident" (resulting in many "lives irreparably damaged"), and Jack for his alcoholism and womanising. The show revolves around the priests' lives on Craggy Island, sometimes dealing with matters of the church but more often dealing with Father Ted's schemes to either resolve a situation with the parish or other Craggy Island residents, or to win games of one-upmanship against his arch-nemesis, Father Dick Byrne of the nearby Rugged Island parish. 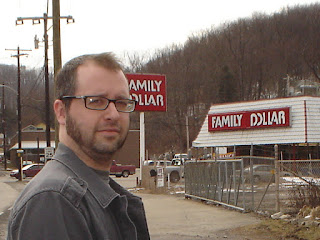