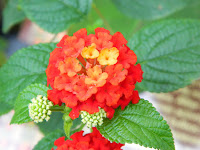 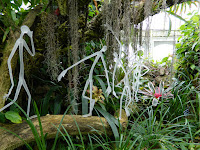 As a Pittsburgher by birth and by sentence, I cannot believe that I'd never been to Phipp's Conservatory before today. On a drearily rainy day like this, it was such a delight to be indoors but outdoors...amongst plants from all over the world. I saw banana trees, cacti, giant palms, shy butterflies and a group of French-Canadian tourists with really delightful wardrobes. I also saw a lime plant!! Dana was bold enough to take a bit of a leaf and rub it between her fingers. You could smell the delightful scent of summertime and Cinco De Mayo all-in-one. 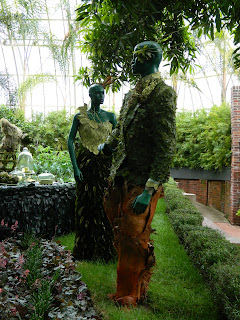 There was also a lovely exhibit entitled, "Fashionably Fresh: Designer's Take on the Summer Flower Show," which showcased a lovely group of leafy people, their leafy dining table, and their leafy animal companions. I loved how incredibly chic these people looked and how I wished I could dine with them: they had some really beautiful artichokes! 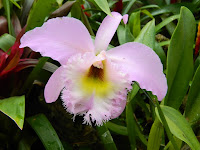 I couldn't believe how large this place was with all of the rooms that opened into rooms that opened into rooms. It was as if I were in my own secret garden...well, that I shared with dozens of other people that were taking photos, too. My favorite part of my trip was the Asian couple that I always seemed to run into throughout my wanderings. He was carrying a really fancy DSLR and his companion was just adorable. She was one of those really charming Asian women that looks like a million dollars without trying..and he was very-well aware of it. While she was looking at the flowers, the butterflies and the foliage, he was very intent to take a million photos of her various sweet and slightly sultry poses. Of course, the voyeur in me could not help but smile at his being so smitten with her and her being embarrassed that I saw them and smiled. Later on, they stopped and turned around and asked me if I would take a photo of the two of them. I was quite flattered, actually, considering how many serious photographers were wandering around with serious photo equipment. He said something about my being, "a real photographer," which I found both amusing and astounding. Me? After I took their two photos (which were equally adorable. They have that look of a couple that's newly in love with each other's company), he looked at them and said, "Wow. These are really good," which was either his attempt at sarcasm or genuine gratitude. Either way, I was insanely flattered and felt quite the artist for the rest of my stay. Of course, I had this crazy fantasy about that couple using those photos as engagement photos later in their life and having this fantastic story about where and when this particular photo was taken. But now I'm just being nuts. 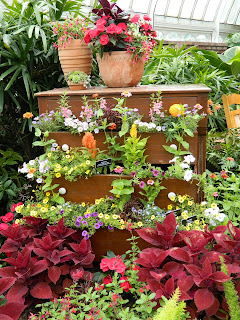 I was also really excited about the many many different kinds of containers that were being used in these gardens. I never realized the amount of container gardening that would be taking place in a conservatory like this, but it stands to reason considering the amount of different kinds of soil and climates these plants must have in order to thrive in the way that they have in this space. Dana said, also, that the exhibits change a lot, so containers seem a lot more reasonable than planting and replanting. I can't wait to go back and see what they've done next! The orchid room was so lovely this time, perhaps there will be more fruit and vegetables later this summer. 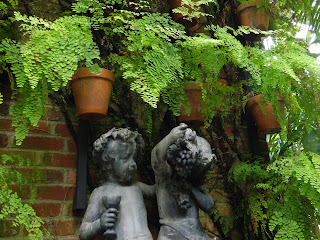 I feel as though I may have gone mad for plants. 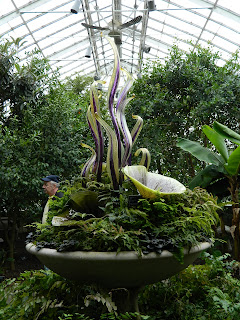 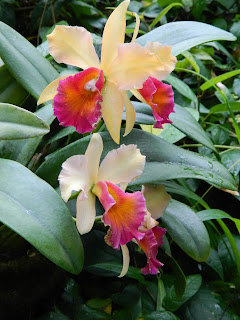