Fifty Shades of Jessica: Part One

So Facebook has this thang called the "50 Day song Challenge." Everyday you post a song that has a theme that is pre-designated by Mark Zuckerberg. That last part is a lie, but it's fun to make up lies.
Anyway, there's no reason that this shit needs to take 50 days. I can bang this out in a blog post or two.

I found a list that I liked better on www.musicfrombigpink.wordpress.com, and I stole it, but I didn't steal the songs, I promise.

Day 01 – A song from the first album you ever bought: "All that She Wants," by Ace of Base. This album was unstoppable. Act like you didn't own a copy. G'head. Impossible.

Day 02 – Your favorite single anthem: "Take Off To The Great White North," by Geddy Lee. This is not an anthem per se, but it is a beacon of light for the people of Canada.

Day 03 – Your favorite title track from an album: "First and Last and Always," by The Sisters of Mercy.


Day 04 – A song by a band or artist you’ve seen live: " Lonesome Train Whistle," by The Reverend Horton Heat. In fact, I just saw them on Thursday night and this song rocked my socks right off, along with their version of Faron Young's single (written by Willie Nelson), "Hello Walls." I'm currently a rock n' roll/rockabilly/psychobilly fanatic.

Day 05 – A song from your childhood: "It's You I like," by Mister Rogers. This was going to be my wedding song for the longest time...until I got married without a wedding and became really goth (on the inside. No need to dress like a bat to be goth) and wanted Echo and the Bunnymen's, "Nocturnal Me." ha.

Day 06 – A song by your favorite band/artist: "Still Ill," by The Smiths. This was the first Smiths' song that I fully connected with. That I said, "This bloke Morrissey is writing what I'm feeling."

Day 07 – A favorite song that was used on a TV series: "The Christmas Song," by The Raveonettes. I hate the OC, but their Christmas albums are fantastic!

Day 08 – Your most played song on iTunes: "Bring on the Dancing Horses,"  by Echo and the Bunnymen. *le sigh* it is so beautiful.

Day 09 – Favorite new release: "Lights," by Ellie Goulding. At least, I think that that's her name. This song makes me want to dance my pants off.


Day 10 – An awesome driving song:  "Breakin' the Law," by Judas Priest. I don't really have to explain why this is the best song to drive to, ever.

Day 11 – A song that’s amazing live: I think that the only version of Bob Seger's, "Turn the Page," that anyone has ever heard is the live version. Is there a regular version? Does anyone care? A close second is, "Death of a Disco Dancer," by The Smiths. That is, at least when I saw Morrissey sing it in 2009. *swoon*
Day 12 – A song that makes you laugh: "I'm just a Gigolo," by David Lee Roth. Mister Dustin and I have a very secret reason for liking this one, that still makes me lol, officially, when I hear this song.

Day 13 – A song with incredible lyrics: "The Devil's Crayon," by Wild Beasts. 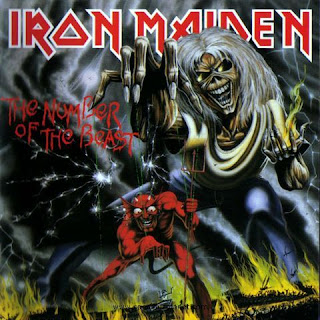 Day 15 –Your favorite TV theme tune  Your favorite song from a movie soundtrack: "Danger Zone," by Kenny Loggins...as featured in the soundtrack for Top Gun. Yessssss... A close second was every song on the Hot Rod Soundtrack, which is basically Europe's, "The Final Countdown."

Day 16 – A song that reminds you of a holiday: "Round and Round," by Ratt. This is probably my favorite holiday song because it was featured in the credits of "The Grim Adventures of Billy and Mandy's" Christmas Special.

Day 17 – A song that makes you think of a family member: "Let Your Love Flow," By The Bellamy Brothers. We used the lyrics to this one on the remembrance cards at my Grandmother's Memorial Service. It was kind of her take on life. The contentment of the life that you've been dealt.

Day 18 – A song you never get sick of hearing  Your favorite piece of classical music: Is this considered classical music? "Rhapsody in  Blue," reminds me of a Special Lady and a special family and will be a classic for me for the rest of my life.

Day 20 – A song you can’t help but sing along to: Although the aforementioned song is pretty irresistible  Every time that I hear Sweet's, "Ballroom Blitz," I tend to scream at the top of my lungs. you can't help but not.

Day 21 – A song that reminds you of a close friend: "Summer Girls," By LFO. This is a shout-out to my good friend Vanessa.

Day 22 – A song you play when you want to relax Your favorite sad bastard song: "Fairytale of New York," by The Pogues. Dear lord, the tears just roll down my face when this one comes one.

Day 23 – A song you play before a night out: When I was an young buck (was I a buck, no I suppose I was a young doe. Is that a term?) that went out on Saturday nights, I couldn't really afford to go,  so we would heavily pre-game the evening and then drive as fast as we could to the bar at 11pm. The song that often played on the car radio? "Hey Mama," by The Black-Eyed Peas. I apologize for nothing!

Day 24 – A song from a band/artist you’ve just ‘discovered’   A song from a band that no one's ever heard of: "Gay Bar," By The Electric Six. Alright, maybe five people have heard of it, but it's a thrill-ride of non-stop awesomeness.

Day 25 – A song off of the last album you bought/ last track you downloaded: "Romance," by Wild Flag. That might not be the last album that I bought, but that song rules pretty darn hard and last year's Wild Flag album made the top of a lot of critics' lists last year.

Day 26 – A song no one would expect you to love: "Ballroom Blitz," by Sweet. Normally, I'm not the biggest fan of Glam and Butt Rock, but this song is so insanely dancy that I want to FREAK OUT! I've referenced it in a previous post about songs that I dance to whilst driving.

Day 28 - A song you love for its lyrics:  I didn't realize that this song was XTC until Mister Dustin pointed it out to me. XTC has never really gotten the credit that they deserve for excellent song writing and excellent music. There are a lot of songs with lyrics that I can relate or connect to, but this one is just so poignant.
Dear God
Hope You get the letter
And I pray You can make it better
Down here
I don't mean a big reduction in the price of beer
But all the people that You made in your image
See them starving on their feet
'Cause they don't get enough to eat
From God
I can't believe in You

Did You make disease and the diamond blue?
Did You make mankind after we made You?
And the devil too?

Dear God
Don't know if you noticed
But Your name is on a lot of quotes in
This book
Us crazy humans wrote it, You should take a look
And all the people that You made in your image
Still believing that junk is true
Well I know it ain't, and so do You
Dear God

I can't believe in...
I don't believe...
I won't believe in heaven and hell
No saints, no sinners, no devil as well
No pearly gates, no thorny crown
You're always letting us humans down
The wars You bring, the babes You drown
Those lost at sea and never found
And it's the same the whole world 'round
The hurt I see helps to compound
That Father, Son and Holy Ghost
Is just somebody's unholy hoax
And if You're up there You'll perceive
That my heart's here upon my sleeve
If there's one thing I don't believe in
It's you
Dear God


That's a place to finish it up. There's nothing more to say.

at 12:18 PM
Email ThisBlogThis!Share to TwitterShare to FacebookShare to Pinterest